During this time in isolation and social-distancing, it’s so easy to open up Instagram and never. Stop. Scrolling. It would certainly be useful if we could all push ourselves to be productive and creative, discover a new fitness routine or brush up on an old skill, maybe even update the resume or write that screenplay.

I’m willing to bet most of us feel paralyzed by the pressure to do all these things at once. Even in quarantine, we’re prone to FOMO. To ease the pressure a bit, try asking yourself: what can I do that is productive and relaxing? Something that’ll let you unplug from your social feeds and mainstream news media for a while. Something that encourages your curiosity. Something that inspires the “what next?” in your life.

Some of you might feel guilty plopping yourselves down to start a new television show right now, and that might be due to feeling conditioned to think of TV-couch time as synonymous with brain cells wasting away and laziness. But here’s the thing: I have learned more about life and love by materializing into the worlds of some of the best, most human characters on television in recent years. Tuning in to a new show can actually be more akin to both school and church. Since the beginning of our history, societies have been built on the stories shared across generations. Stories that remind you of love and offer advice on how to best live and practice life. In times like these, we could use such reminders.

So while we’re isolated from one another, – I suggest you relax with a TV series that teaches us about understanding complex emotions, handling deep relationships, and practising self-reflection. Here are my recommendations: 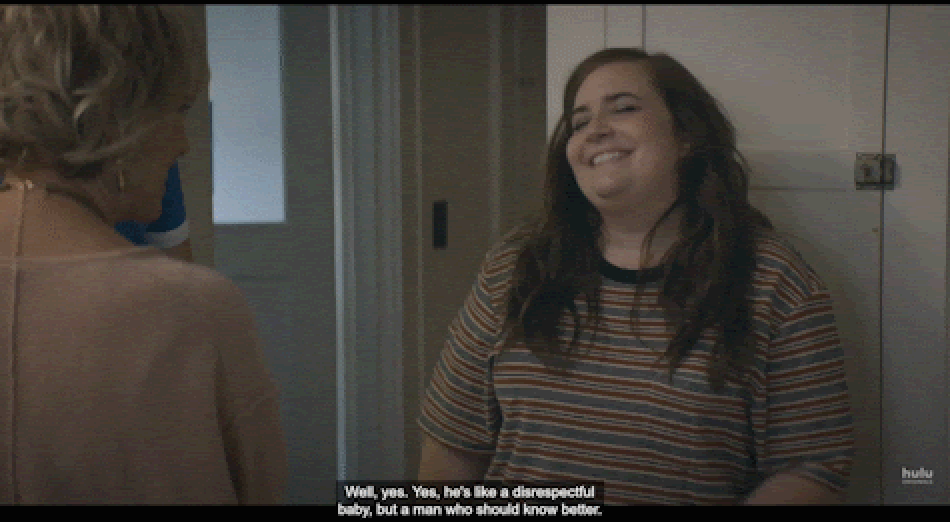 Aidy Bryant is a boss. On top of that, Shrill gives us the motivation to put ourselves first, especially over people that don’t show up for us.

Music lovers rejoice, the soundtrack to this adaptation will inspire you to update your Spotify playlists. That plus, Zoë Kravitz’s character offers another feminist icon with the duality of her emotional vulnerability and empowering self-confidence.

You’re The Worst (also on FX) 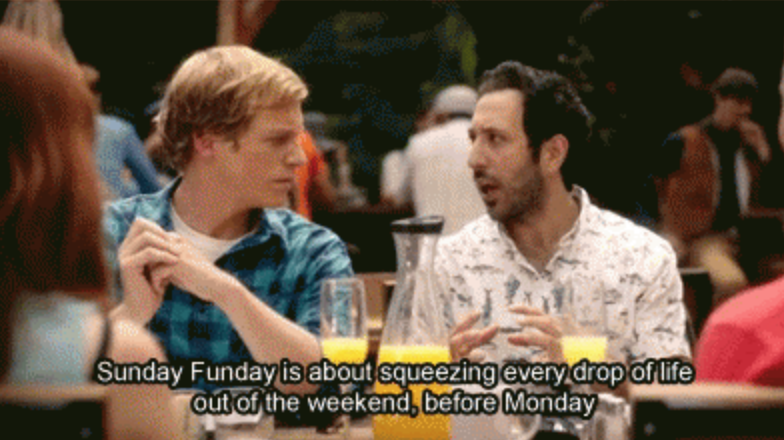 This one’s fun because you find yourself falling in love with two of the worst people. They fall in love, then out of love, and then in love again while torturing their friends and family – who are also sort of the worst. They also touch upon some heavy topics, like the struggle of depression among ignored army-vets and the people you’re in relationships with. You’re the Worst might also inspire you to come up with a clever “Sunday Funday” solution in times of social distancing. 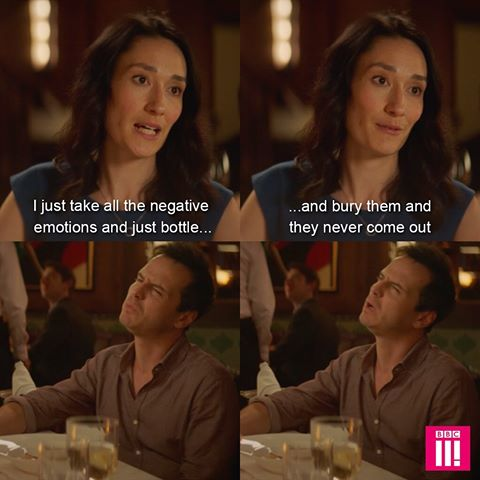 Writer/actress/producer, Phoebe Waller-Bridge swept last year’s award season with this clever sitcom. The best way to watch? Binge the entire series in a day and a half, then rewatch several more times to fall in love with Fleabag and Hot Priest again and again. 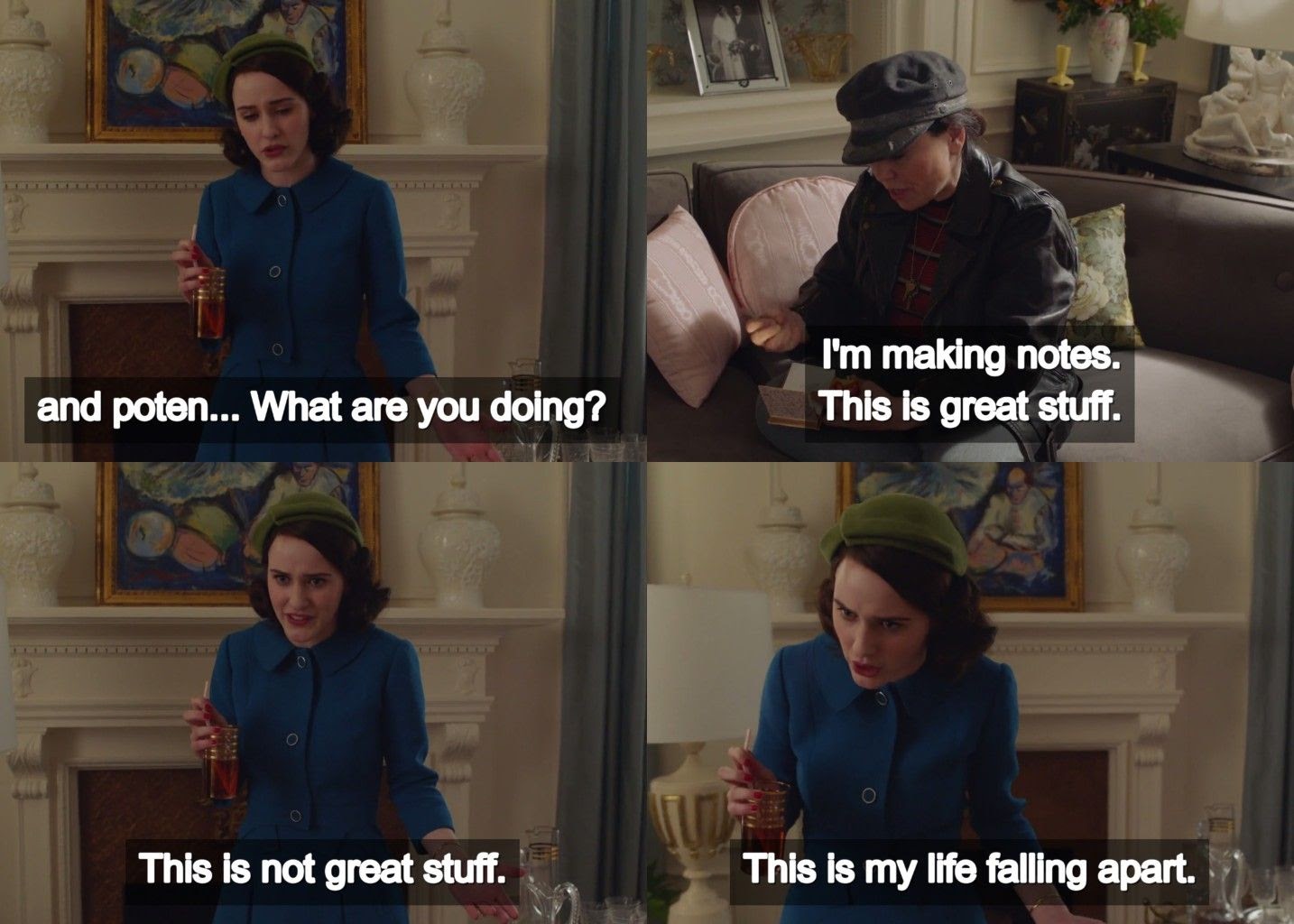 Not only does the Gilmore Girl creator give us plenty of reason to fall in love with every single frame of this Emmy-dominator, but the banter between main actresses Rachel Brosnahan and Alex Borstein keeps us finding the humor in the hard stuff.

I feel like I can’t say much about this one, but I promise if you stick through the first three episodes, Maya Rudolph and Fred Armisen will give you a memorable and motivating story about breaking out of comfort zones during an existentially critical time which is…sort of relevant. 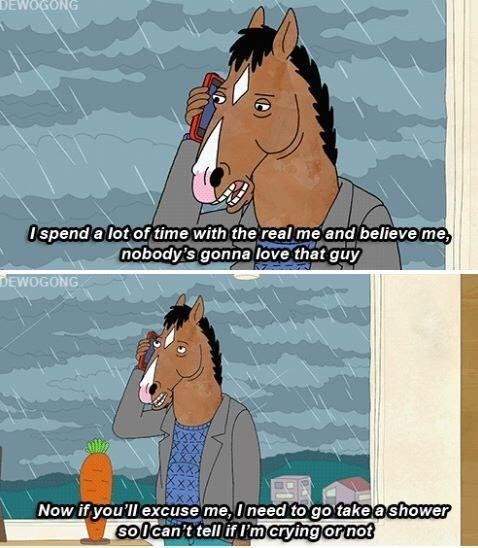 A season of BoJack is like having a few free therapy sessions. Some of these colorful characters struggle with recognizing, accepting and treating their mental health while they try to make it /stay relevant in Hollywood. The writer’s also don’t shy away from holding a mirror to their own hypocrisy over some of the central issues within the industry. (Also worth a watch from the same creator: Tuca & Bertie!)

End of the F***ing World 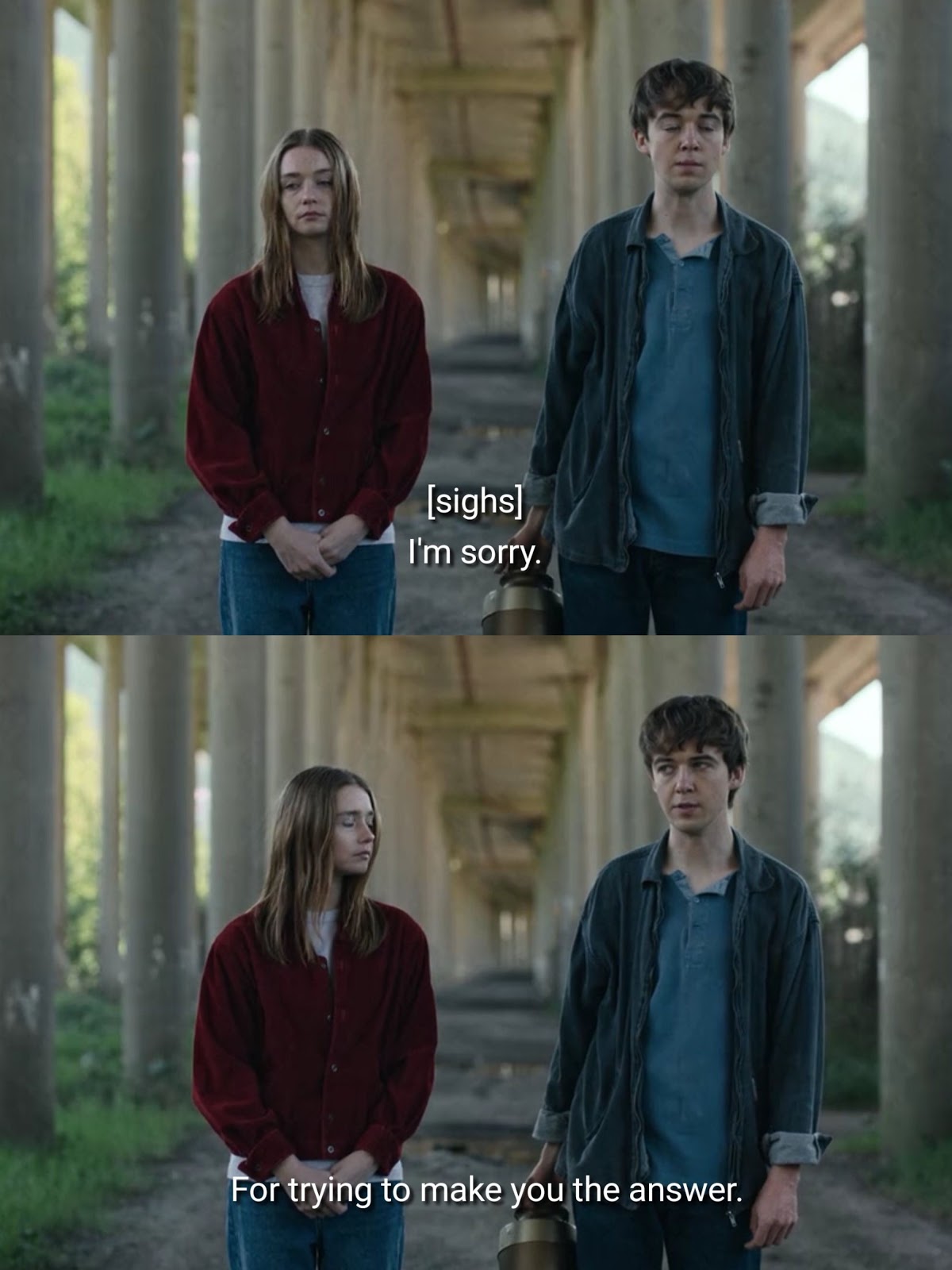 There is a certain charm to these unique, matured teenagers who can’t seem to stay out of trouble. But the best part of this show is how it reminds us that “acting like a kid” sometimes means being brave, honest, and open to love. 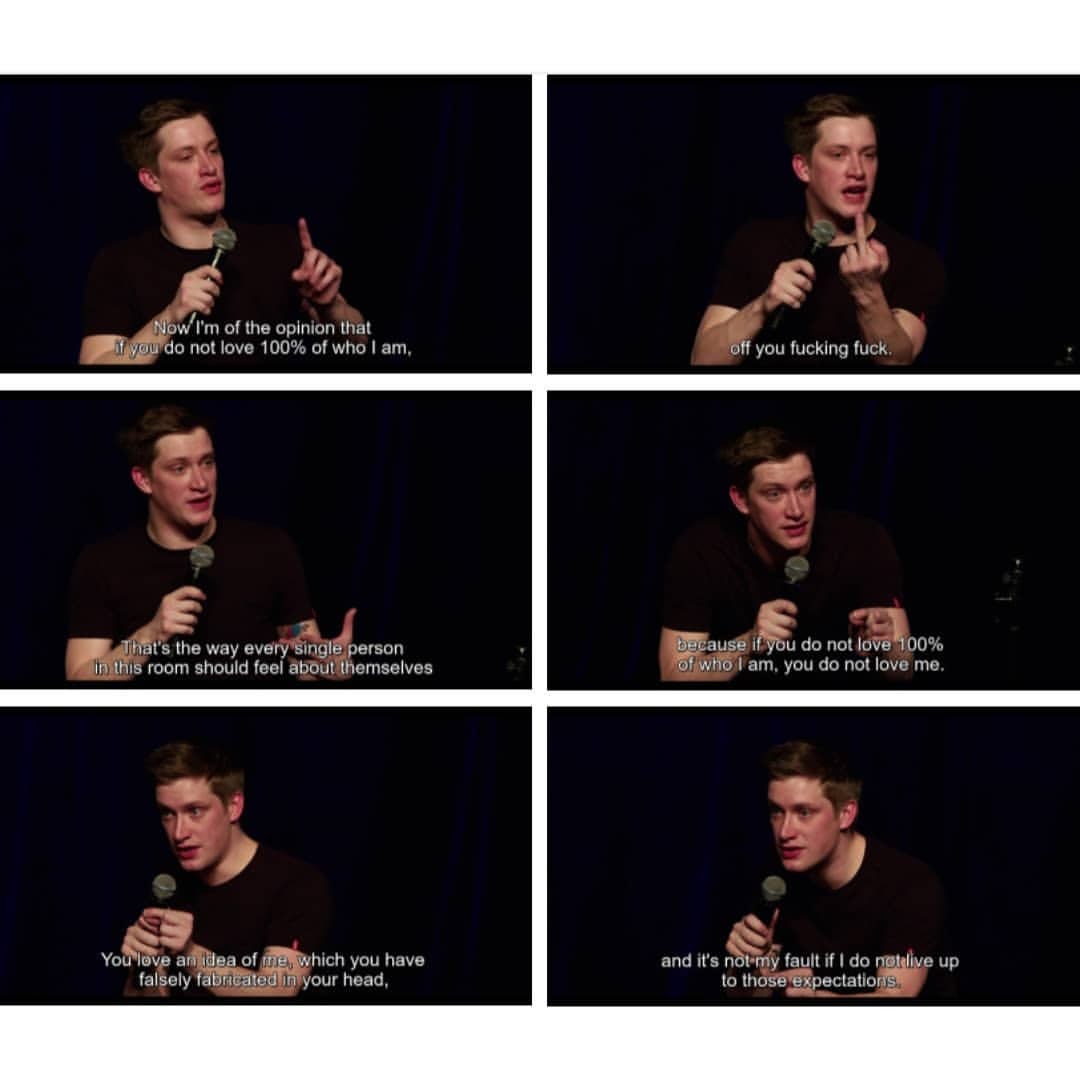 Everyone loves a good stand-up special to break-up the regular series binge routine. Like most comedians, Dan Sloss invites his audience to some uncomfortable reflection on some of our more critical social and personal interactions. His specials on Netflix don’t disappoint. “Jigsaw” is fun to watch with a partner if you want to test the relationship, and if you’d like to witness a white, 20-something heterosexual male stand-up comedian’s take on toxic masculinity, watch his special “X” on HBO.

PS: If you just want to switch on a Housewives marathon after a long day to relax your stressed mind, then go for it! 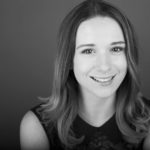 Casey O’Connell is a Storyteller and filmmaker. Through her creative work, Casey aims to explore the vulnerable, honest moments in life, investigate the delicate intricacies and contradictions of relationships, and inspire human connectedness through the magic of story. She lives in the mystical land of Rosendale, NY, with her familiar Pia, a Scottish Unfold named after a fuzzy Norwegian tarantula.. Find her on Instagram (@caseyandr) and on the Web (https://www.caseyo.me/.)

A Guide to Facilitating a Successful Design Thinking Session for Entrepreneurs