“Certain predators just have green worms in the brain. You can’t explain how they got there, and you can’t get them out.”

In 2019, we expect splashy, bestselling books to make their way onto screens in one form or another. But what about podcasts? Podcasts have been having a moment for the past few years, with new titles sprouting constantly and avid listeners multiplying likewise. In October of 2017, the LA Times and Wondery launched a six-episode true crime drama full of love, lust, deception, and unexpected twists. Dirty John told the story of a successful and wealthy Orange County interior design entrepreneur named Debra Newell, and the terrifying con artist who tricked her into falling in love with his fabricated identity.

In many ways, “Dirty John” was ideal for film or television adaptation. The story begins with a whirlwind romance, which explodes into shocking revelations and ends in a climax more dramatic than any Hollywood has ever dreamed up. Yet at its core, “Dirty John” tells the true story of an abusive relationship, tricky subject matter for a glossy television series. So how did Bravo’s version, now available on Netflix, measure up to the task?

Overall, Bravo’s series stayed remarkably true to events. The TV series maps eight episodes almost directly onto the podcast installments, portraying the same set of events and even maintaining a similar organizational structure. Connie Britton plays the perfect Debra, matching her soft, breathy voice and her habit of laughing at uncomfortable realities. In the podcast, John Meehan looms as a voiceless, faceless antagonist. As a living, breathing figure in the show, he becomes at once more engaging and more disturbing.

Differences between the Dirty John podcast and the miniseries

Of course, there are some differences between the two formats. A television series feels, by nature, different from a podcast. The interview-based podcast gives the impression of a crime reporter (LA Times’ Christopher Goffard) reporting on crime, whereas the highly stylized Bravo show feels fictional and frothy. Goffard’s narration propels the podcast forward more quickly and smoothly than the show can progress, with the opportunity to form more solid connections and peel back more layers of detail.

In spite of its mostly accurate retelling, the show does change a few plot points. Face-to-face confrontations, understandably replace some text exchanges and phone calls. A home invasion scene early on in the story becomes dramatized for television, shifting an uneventful encounter with a woman who the podcast describes as “facing the window that looked out onto Newport harbor, drinking a glass of Ovaltine” into an eerie attack on Debra by a bedraggled figure straight out of a horror movie. The podcast never explains this incident, so the Bravo writers supplemented an imaginary scenario where John seduced this woman and convinced her to break into Debra’s home to steal drug money, with the hidden motive of scaring Debra into installing security cameras he could use to track her movements.

Some family members were cut out of the television show, another reasonable streamlining choice. Debra has an older daughter and a son who both aren’t featured, but who also weren’t interviewed for the podcast. John’s siblings, two sisters, and a brother are condensed into a single sister. Debra’s daughter Jacquelyn has her name changed to Veronica, and her nephew Shad becomes Toby, apparently in an effort to be respectful after Shad and Jacquelyn hesitated to sign their life rights over to Bravo.

Bravo devotes more time to John’s con-man father, presumably in an attempt to explain the monster’s origins. The podcast describes a scheme John ran with his father after graduating from college, in which he ate glass in order to launch a fraudulent lawsuit against a restaurant. In the show, John’s father appears to force a young, 9- or 10-year-old John into the same scam, creating a horrifying scene of child abuse. The show leaves out John’s parents’ divorce, which his sister identifies as a turning point for him.

The podcast spends an uninterrupted episode describing John’s previous marriage, drug problems, and loss of his nursing license. Bravo, on the other hand, blends these developments into Debra’s story, drawing parallels and building tension. Bravo also uses an episode to rewind and retell Debra and John’s love story, this time from John’s perspective instead of Debra’s, weaving all of the information viewers now have about him into the events we’ve already seen. While this worked well on TV, it would have been difficult for a podcast to accomplish a similar effect.

Explaining why Debra went back to John – who does it better?

After Debra discovers John’s alarming past – multiple restraining orders, prison time, drug addiction, drug theft, and more – she leaves him, only to reunite a short time later. In the podcast, Christopher Goffard says, “I listened carefully to Debra’s explanation for why she went back to him, but no matter how many ways I asked, no matter how many ways she tried to explain, it remained baffling.”

To explain Debra’s decision, Goffard turns to her family history. Years earlier, Debra’s sister was shot and killed by her husband. Debra’s mother forgave her son-in-law, testifying on his behalf at his murder trial and maintaining a familial relationship with him. Debra’s mother speaks about Christian forgiveness, and Debra reveals that her parents instilled this virtue in her throughout her life. Goffard concludes that perhaps John was able to exploit this tradition of forgiveness, convincing Debra that he wanted to change because of her, and using her faith as a tool for control.

The forgiveness angle is not established quite as clearly in the television series, though the events between Debra’s mother and her son-in-law are included. Instead, Bravo chose to add scenes in which John endures a painful detox, as a way for him to perform his supposed willingness to change. In the Bravo series, Debra doesn’t want to desert her drug-addicted husband as he struggles with MS; her behavior thus explained more by her maternal caregiving instincts than by a family history of Christ-like forgiveness.

In my opinion, neither the podcast nor the Bravo show does enough to address the complex psychology of victims of abusive relationships. I think deeper exploration could have provided some meaningful insights into how abusers can retain control of their partners, even after their character has been revealed. John Meehan seems like a textbook example of a skilled manipulator, managing to isolate Debra from her loved ones and weaponize her past. He criticized her to make her feel as if no one but him would ever love her and used her previous failed marriages as a way to blame her for all of their problems. He explained away every concern Debra raised about his past. In the podcast, Debra says, “He was able to convince me. He was so good at it, it could be a cold day out, and he could convince me that it’s 95 degrees. That’s how good he was. To where you questioned yourself.”

It’s a little easier to understand how Debra could go back to John as played by handsome, charming Eric Bana than to make sense of how the real Debra Newell in the podcast could return to a faceless, voiceless rap sheet of a character. Yet, for me, the television portrayal of John lacks the convincing quality Debra describes in the podcast, and both retellings lack a deeper dive into the psychological components of abuse.

Bravo ended its series with the beginning of the podcast. In a nod to podcast listeners, viewers hear Christopher Goffard’s voice in a voicemail asking Debra if he can interview her about her story. Debra agrees, in spite of the knowledge that “it won’t make me look very good,” because she hopes that by telling her story, she can help other women.

In the end, the series presents a remarkably faithful version of events, largely because the true story offers plenty of salacious and shocking material on its own. In fact, a story with so many twists, such compelling characters, such a haunting villain, and such a dramatic conclusion probably couldn’t have been crafted any better by fiction writers. Enough time passed between the release of the podcast and the release of the show that it could still feel fresh and thrilling for podcast listeners, and listeners will appreciate a few Easter eggs included just for them.

The danger lies in the Bravo show’s shiny format, which hides the reality of depicted events behind a bright television curtain. It’s easy to forget that everything that happens in the show actually happened in real life as well. The show’s major advantage over the podcast is its ability to bring John’s character to life. Ultimately, bringing John and Debra’s romance to the screen opens up an abusive relationship in a way that might be easier for viewers to connect with, creating the opportunity to develop a healthy fear of real men like John Meehan.

If screen adaptations of podcasts are going to become common practice, this one sets a promising precedent.

6 PODCASTS THAT WILL DEFINITELY ADD VALUE TO YOUR DAY

8 “FYRE-PROOF” 2019 MUSIC FESTIVALS YOU SHOULD CHECK OUT 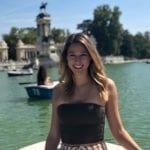 A Deep Dive with Rio Summers of America's Next Top Model

Jared Brady Is Shaping His Music To Constantly Evolve