Some persons are 25 and some above 25 years of age

Half of the golden age of 50

How many in this formal age category can convincingly beat their chests and say “my life shimmers with traces of gold”?

While you ponder on the above question

Let me simplify by asking

Can your achievements so far be described as GOLDEN?

By the time you’re 50 do you believe your footprints can glow in the dark?

In all, if you’re unable to lead a golden path 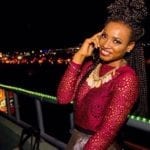 Toby is a full-time Lawyer and a part-time Poet.

Dealing With Life After Graduation: What I Learned