Full-time software engineer and a part-time photographer, James’s photography pursuits kicked off only two years ago but have grown tremendously in that time. His photos have a texture, depth, and sentient flow akin to that of a renaissance painting. So it came as no surprise during our interview when he mentioned his desire to evoke emotions and a sense of connection with his photos. In this interview, we talk about his journey as a photographer, what it means to be creative and feature some of his stand out photos with a detailed explanation of each theme and what inspired them. 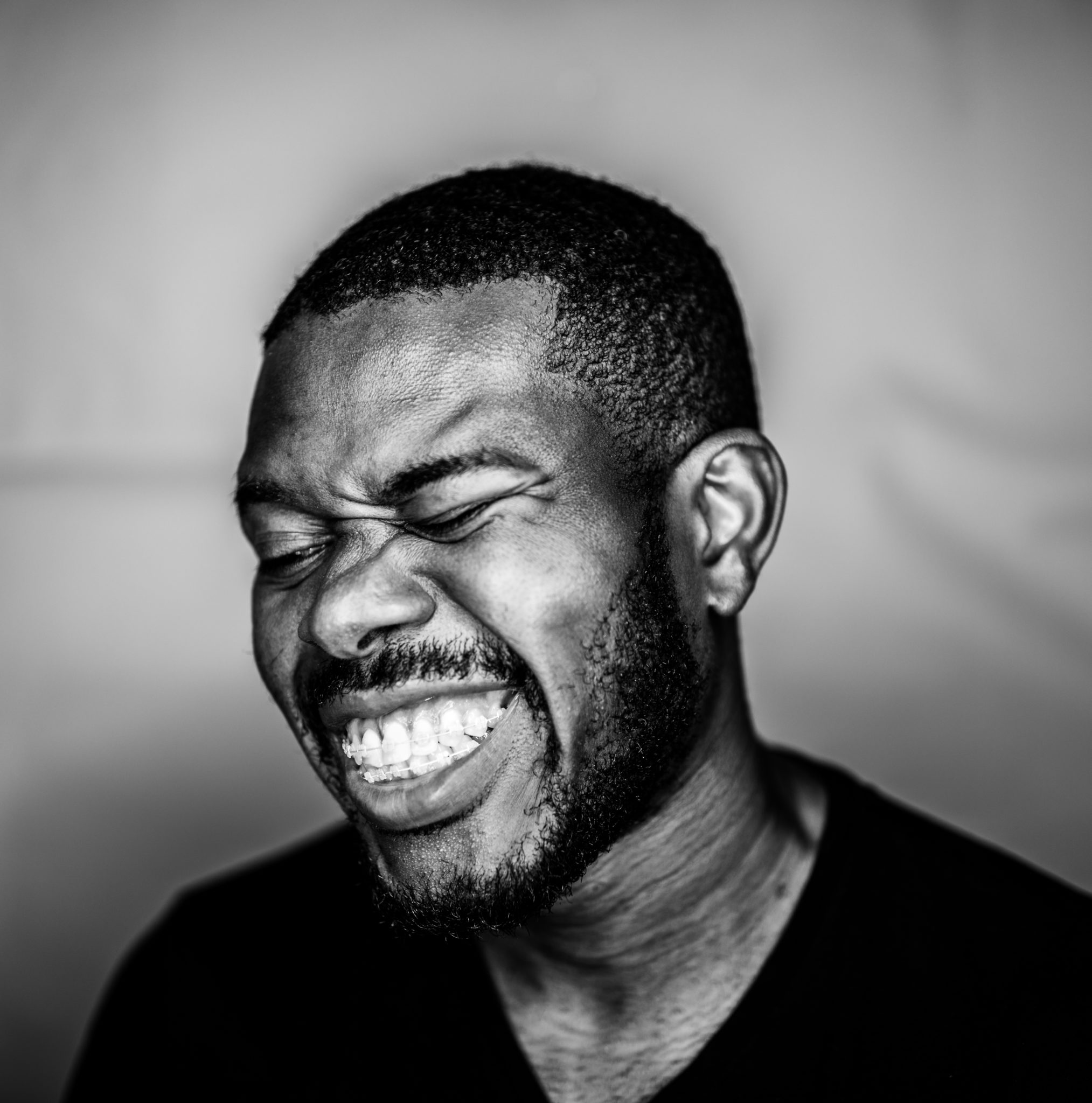 How Long have you been into photography and what pulled you into the field?

Interestingly I haven’t been an official photographer for too long. I’ve always been a creative, used to be a DJ, music producer, but over time, I started to finetune my love for creativity. In 2017 I lived in a beach town. After a few weeks of participating in beach fun and getting over the initial excitement, I started to observe the people, the waves, the sand, every part of it, and I couldn’t help but want to capture some of it. That was when I bought my first camera in April of 2017; it was a Canon 80D.

To answer your question in short, I have been a photographer for about 2years, officially/professionally for a bit over a year, but a creative my whole life. My desire to capture the world as I observed it pulled me into the field, but my desire to express my innermost creative thoughts kept me and motivates me to continue.

Do you do photography full time? If no, what else do you do?

I am a part-time photographer, but a fulltime creative. The truth is the time spent shooting is less than half the work for me, putting the idea or image together takes longer (assuming it’s not something generic). I am also a full-time Software Engineer. I like to think I have an equal parts function of left and right brain. 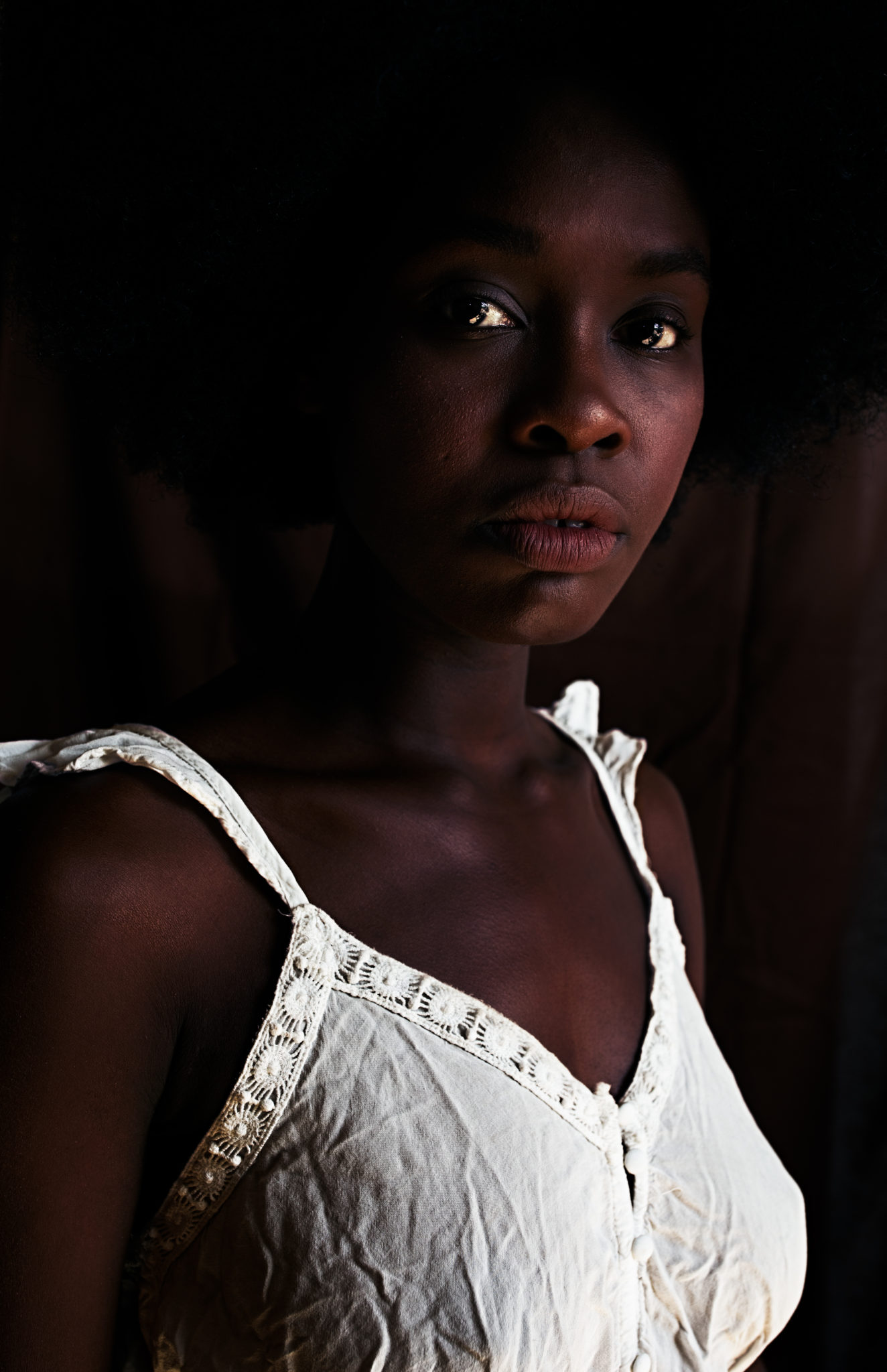 This image is inspired by a shadow series I am developing over time.

What message or story are you hoping to share with your photos?

My main desire is to evoke some sort of connection through my photos. I feel as though people are getting more and more detached/isolated mentally. I believe creativity and art are a powerful tool that can evoke emotions and a sense of connection to something other than one’s self.

What has been your biggest creative obstacle as a photographer?

My biggest creative obstacle has been creative commercial success. I’ve always known what I wanted, and in what capacity I wanted to be commercially successful. I didn’t want just any form of commercial success. Trying to get individuals, brands, and galleries to value your creativity and want to pay you for it can be difficult, but luckily for me, I was/am not in a rush, I have a long term plan that spans 5-10years. After some notable success, I am now starting to see some of that come through. 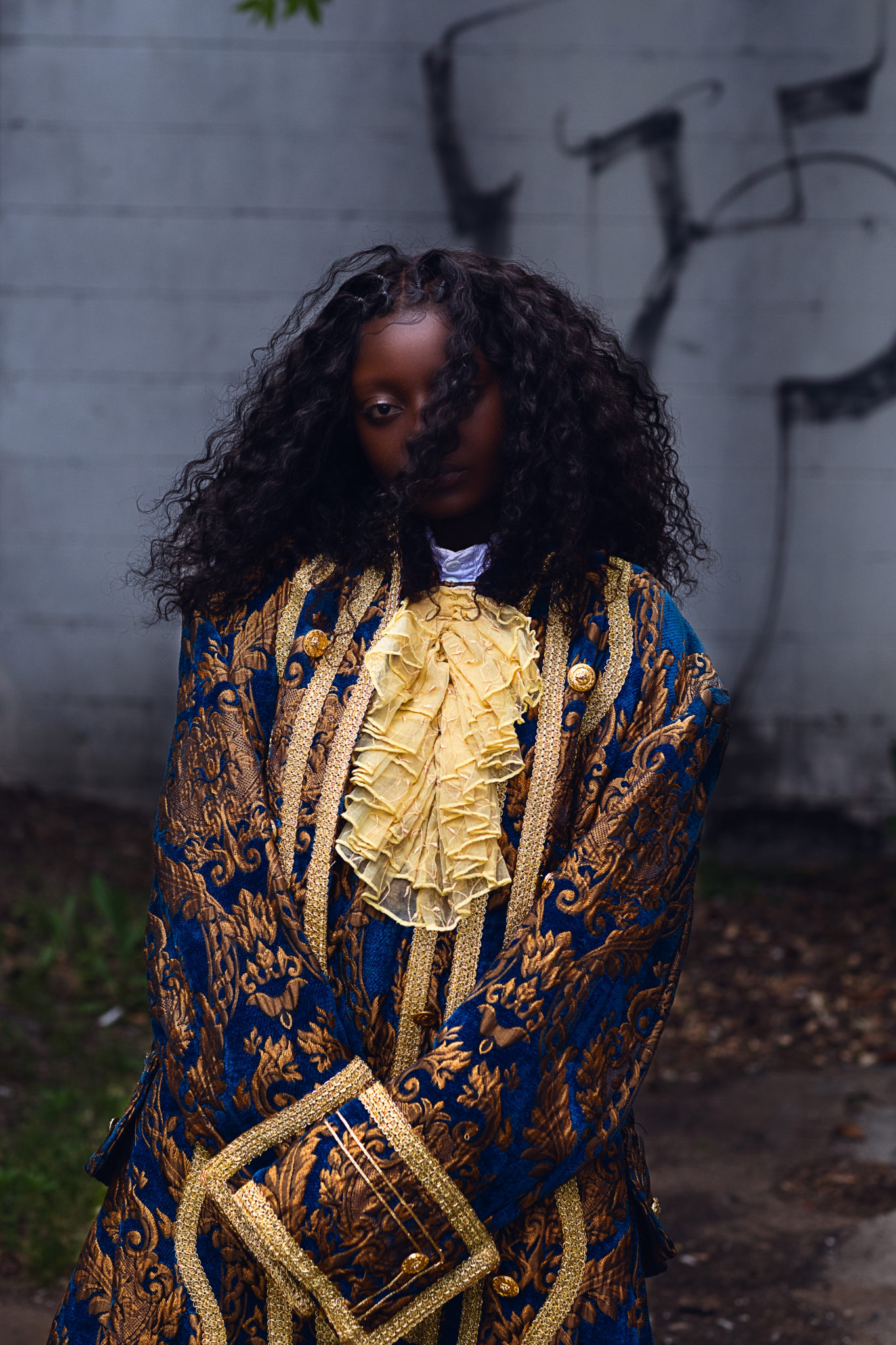 The 18th An editorial reimagining of a gender centric fashion era. The 18th Century Man. Creativity is not always straightforward, and this was one of those moments. Everything came together at the last minute. We couldn’t find the exact wardrobe we needed, and we were running out of daylight. Then we ran into this 18th-century men’s ensemble which seemed to tie all of our efforts and ideas together. I believe we were attracted to the juxtaposition of this 18th-century colonial ensemble with the model and being able to represent this in an editorial medium.

What’s something about photography you never knew until you started?

I was motivated by creativity and given my sometimes head-first personality; I jumped in without practice or extensive reading. I spent some time on YouTube listening to and watching Kai Wong, a popular photographer and camera guru, after which I jumped right in. That being said, I never knew how extensively technical photography could get, but I have loved every part of the learning curve. I also realized that photography requires continuous learning and advancement, so in a sense, there was no way I could’ve prepared or learned all I needed before starting. 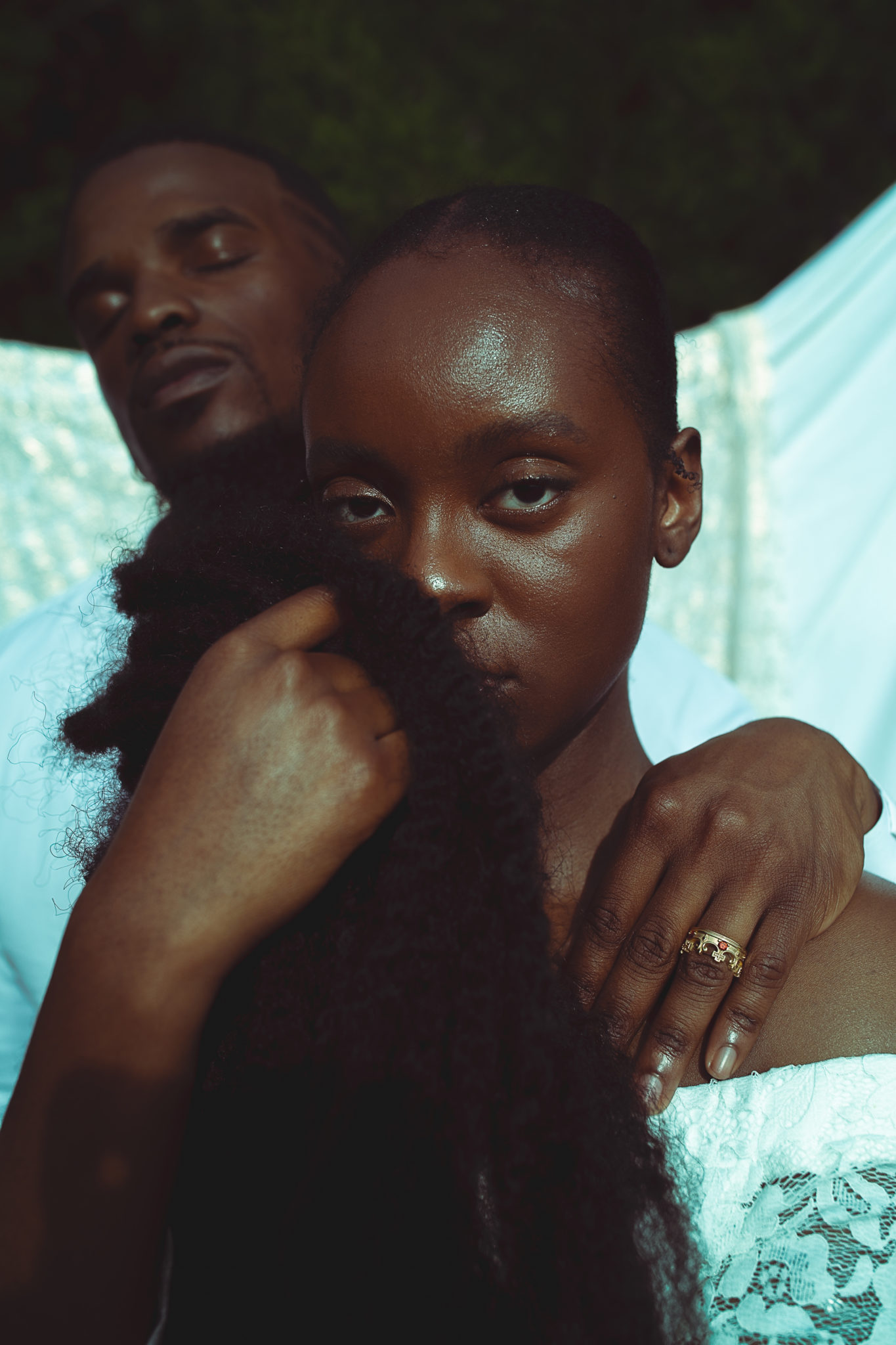 This photo was shot with a creative partner named Temi Thomas and another model named Seun. We wanted to integrate multiple textures, so we shot against a green area in a park, added a cloth and lace backdrop for varying textures, and also dressed Temi in lace so there’s some cohesiveness from back to the foreground.

Seun had a ring in the shape of a crown, and after seeing it, I knew immediately the composition and message I wanted to capture.

This image also conveys a strong but implicit display of trust between the King and Queen.

Are you currently working on any new projects?

I have received a few offers to show at galleries, but I have not honored any because I am working on completing my first collection. I also have specific visions on how I want to display my work, so I have to work with the right people to make sure this comes through.

I am currently working on two new projects which will wrap up my collection, one touches on harmful traditions and the other on mutual growth. Once complete, I will start to work on my vision on presentation. 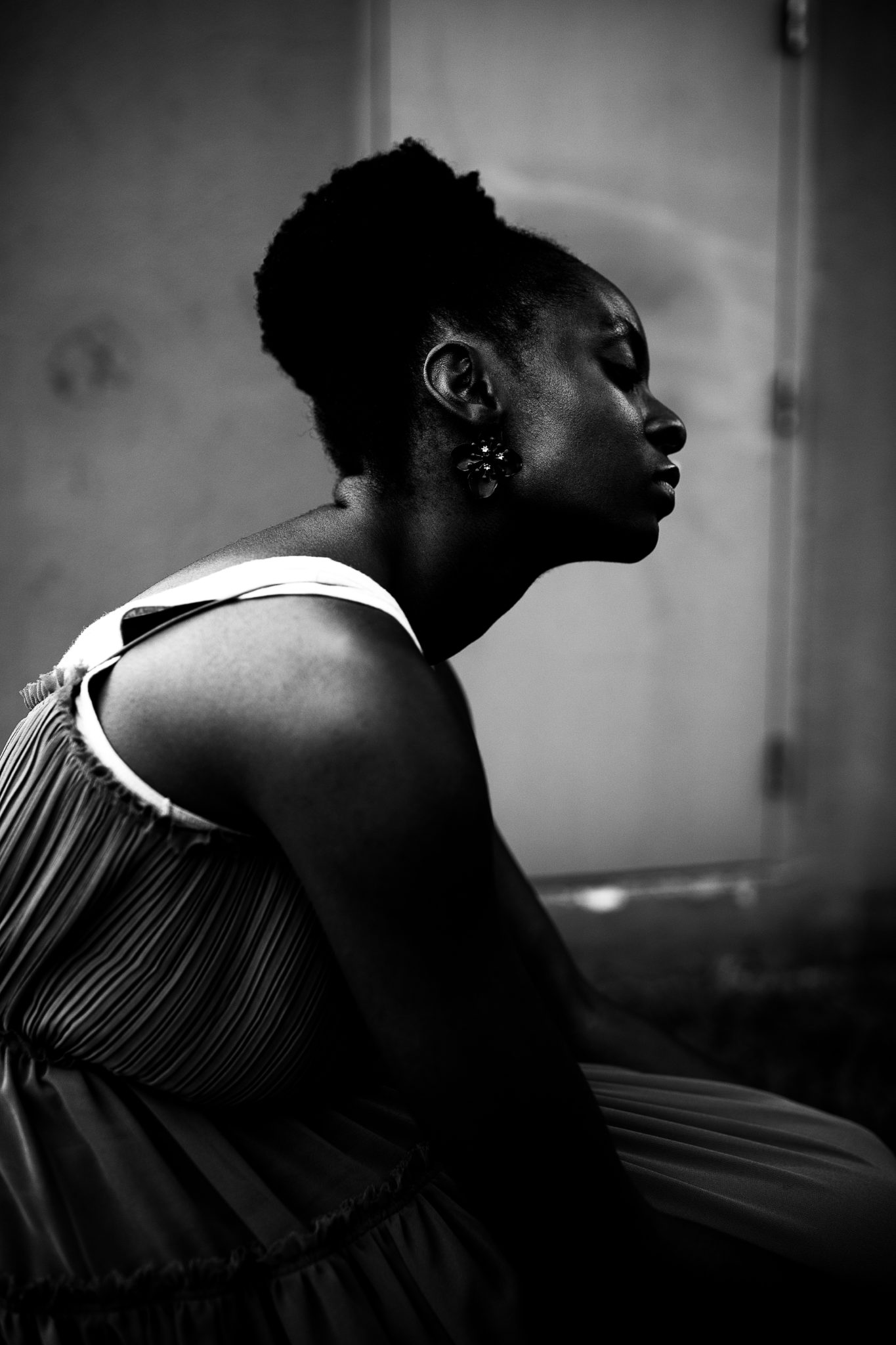 During this shoot, finding the right location took much longer than getting the shot. This photo was another shoot where the combination of the location and wardrobe directed the specific shot that was captured.

Being able to capture a moment of solitude, a moment of imperfection, a moment that felt very real was paramount. After a few shots in a few locations, this random corner out in the open sealed the deal. We often so easily let our thoughts weigh us down… beware of them…

All Images by : James Omorodion

Find more of James’s work at:

Health and Lifestyle Habits That Can Drastically Improve Your Life