Martin Luther King’s last speech titled “I’ve been to the mountain top” was like a prophecy of his death. In his speech, he made peace with the possibility of him not living a long life. It’s chilling to watch but inspirational to see the fire that burned in him! April 4th marked the anniversary of the assassination of Rev. Martin Luther King in 1968. This calls for a reflection on the man that he was, the impact he made, and the movement he started. MLK’s life and legacy still serve as an inspiration on the road to justice. His speeches and works tackled not only inequality but economic injustices and his influence spread beyond the borders of the United States. 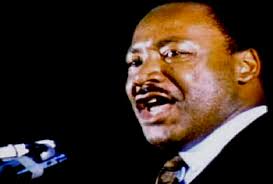 “Well, I don’t know what will happen now. We’ve got some difficult days ahead. But it really doesn’t matter with me now, because I’ve been to the mountaintop. And I don’t mind. Like anybody, I would like to live a long life. Longevity has its place. But I’m not concerned about that now. I just want to do God’s will. And He’s allowed me to go up to the mountain. And I’ve looked over and I’ve seen the Promised Land. I may not get there with you. But I want you to know tonight, that we, as a people, will get to the promised land! And so I’m happy, tonight. I’m not worried about anything. I’m not fearing any man! Mine eyes have seen the glory of the coming of the Lord!!”

He was assassinated the next day.

Also in this speech, MLK talked about his near-death experience when he was stabbed. The New York Times reported that if he had sneezed after he was stabbed, he would have bled to death. Just like poetry, MLK recounts all the great advancements in civil rights that he got to witness because he didn’t sneeze. If only, he had lived to see Obama in office.

The Black Lives Matter Movement has constantly received backlash and protests against it and I wonder; who’s side would MLK have been on? Would he have been a champion of the BLM movement? I think the answer is pretty clear. MLK is revered now by everyone but most of it only came about after his death. He had a 23% approval rating among whites before his death but that rating went up the year after he died. Now everyone talks about what a great man he was but do not think for a second he had it easy. He was called a liar, he was called an enemy of the state, he was wrongfully arrested several times but he did not give up. History paints a near-perfect picture but as is evident in many cases, America has selective amnesia when it comes to its history. 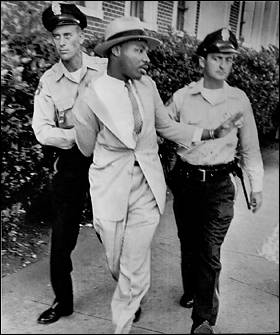 MLK gave many great speeches including his I Have A Dream speech. I choose to highlight his very last speech “I’ve been to the Mountain Top” to commensurate the anniversary of his death. I also chose it because the speech is essential to understanding who King was. It shows hope, it shows tenacity, it shows fearlessness, it reminds us to not give up. Not in the fight for justice and not in our personal lives.

Dance Styles from around the world

Yes, I’m a Christian. No, I don’t think I’m better than you

Poetry Is Not A Luxury

Fenty Beauty By Rihanna Is For Everyone