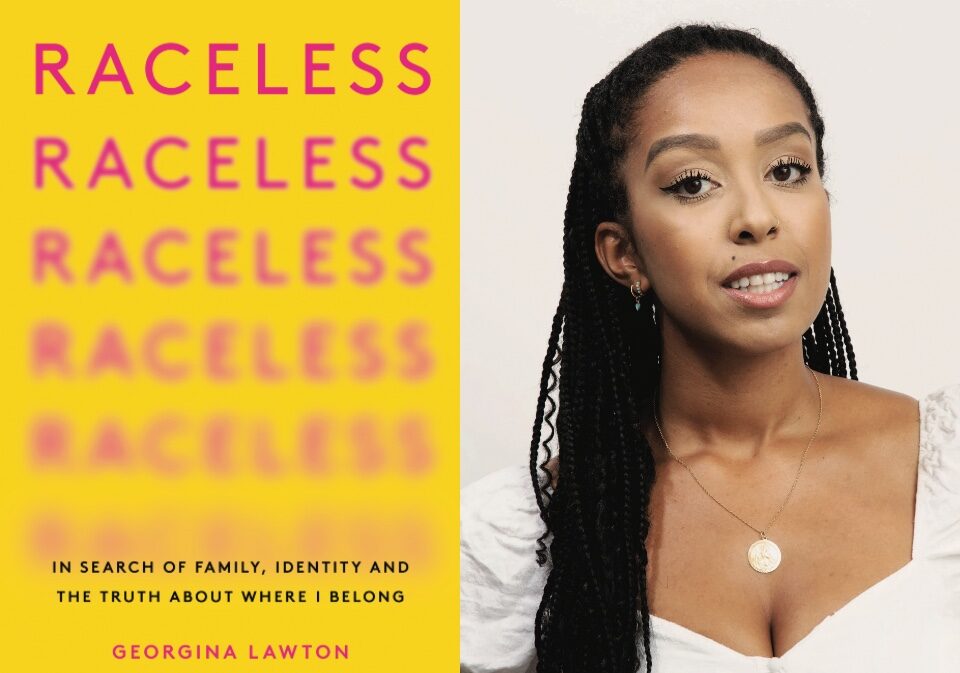 Georgina Lawton’s non-fiction debut Raceless is not simply a book about race and racism. It is an incredibly moving memoir about family, identity, friendships, and how race is constructed and deconstructed not just within society, but within our family life.

Lawton, a twenty-something mixed-race journalist, was raised in a colorblind household by white parents, surrounded by a white brother and white friends. Since she was born, she was told that the reason she was black while both her biological parents were white was attributed to a “throwback gene”. It wasn’t until after her father’s death that she began to investigate the truth of her parentage. By doing so, she unravels painful lies and finds out a truth that everyone in her life had skirted around.

But within this prism of pain, Lawton writes a love-letter to imperfect parents, a ballad to supportive friends and she paints for us so vividly the vitality of knowing who you really are and where you want to fit in in the world.

In an attempt at protection from difficult truths, Lawton is forced to overcome the silence and defensiveness that concealed her true parentage and heritage. Through statistics, interview’s and pocket anecdotes, Raceless deftly leads us through her life-story, whether it be school-bullies making fun of her white family, friends asking if she was adopted, or even a particularly cruel teacher lampooning her for being marked as “white British” on the registration system.

Lawton bravely teaches us how to address uncomfortable topics with our families and friends, how to approach long-buried secrets and thorny truths. Even in this time of cancel culture, when anything or anyone that is deemed inappropriate or unacceptable is simply shunned from society and added to the list of the canceled. In Raceless, Lawton reminds us that you can’t simply cancel your family, especially when they believe they have done right by you.

We have to accept that the opinions and actions of our loved ones might be the exact antithesis to what we would do ourselves, but that doesn’t mean we cannot still love them in the face of that dichotomy, and help them to understand.

Through travel, research, therapy, and DNA tests, we watch as Lawton discovers, accepts, and learns to love herself, her identity, and her ancestry. All the while processing the immense grief of not just the physical loss of her father, but the biological loss, too.

Raceless is a gripping and poignant examination of love, family, race, identity, and grief framed by this era of racial awakening we find ourselves in. This unforgettable memoir leaves us with a fundamental question: what constitutes our sense of self?

What Is Your North Star? - How To Achieve Your Dreams

How To Rekindle Your Old Friendships

The Best New Christmas Movies on Netflix to Watch